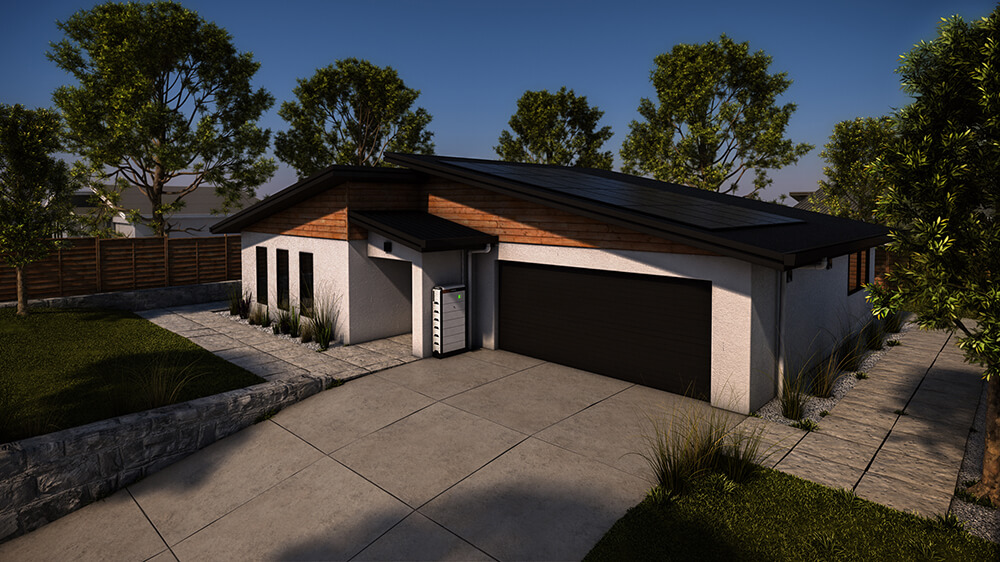 Everyone knows solar panels convert sunlight into electricity. But how do they actually work? The answer’s not as simple as you might think. While it might look calm, under the surface your solar panels are constantly working, converting one type of energy to another, then another, just to power your home. But to understand how solar panels work, we first need to know what solar panels are made of.

What Are Solar Panels Made Of?

Most modern solar panels are what’s known as Photovoltaic (PV) panels. This means they use the photovoltaic effect to convert light into energy. PV Solar panels are made up of a series of PV cells, each with a limited capacity to generate electricity. Each cell is made of silicon and made up of a positive and negative layer, creating an electric field that helps energy move from one layer to the other. Depending on the kind of solar panel you get, the number of panels, and the size of the panels, your panels will vary in efficiency and durability, as well as how much electricity they can produce. At Solar Galaxy, we use Monocrystalline Perc Panels, a recent innovation in solar panels that uses cells made from single silicon crystals. This improves efficiency and ensures your panels last as long as possible.

When people talk about “harnessing the Sun’s energy”, what they’re really talking about is converting the photons within the sun’s light into a usable form of energy. This happens quickly in a series of steps from one end of your solar system to the other. Sunlight is captured by your solar panels, sent through your inverter and then into your home’s power grid, where it can be used to run appliances, charge solar batteries, or fed back into the main grid for a solar rebate.

Let’s break this process down step by step

During the day, photons in the sun’s rays hit your solar panels and are captured by the solar power modules and solar PV cells. To capture these photons, each PV cell has a top and bottom layer. By giving the top layer a negative electrical charge and the bottom layer a positive charge, it creates a small electrical field that captures photons. When the photons hit the electrical field, it causes a reaction that sets the electrons into motion and generates electricity.

This tiny but near-instant movement happens over and over, causing DC (Direct Current) electricity to be generated. Unfortunately, while you can use DC electricity, 99% of modern homes and appliances in Australia use AC (Alternating Current) electricity. So energy generated by your panels must be converted by a solar inverter before it can be used.

Solar inverters are one of the most important parts of your solar system. Your solar panels send the DC electricity they generate to a solar inverter, which inverts the current and converts it to AC electricity your home can use. Because of the position it’s in, your inverter can also manage the flow of electricity, monitor system statistics, provide fault and grounding protection, track power use and more. When it comes to solar power, your inverter is just as important as your solar panels, if not more so.

Once your electricity has been converted into AC electricity, it’s ready to use! This process happens over and over and over until your solar panels break down completely. As long as your panels and inverter work, you can keep generating electricity effectively forever!

If your solar panels are producing more energy than you use, your inverter can also use the electricity to charge a battery or send the electricity back into the grid for a “refund” on your power bills. This is usually referred to as “feed-in tariffs” and is one of the biggest incentives for many homeowners to get solar panels. The money you can get back from solar energy tariffs will change depending on your state and local laws.

For more information on all things solar, read our other blog articles or talk to the team at Solar Galaxy. We’ve been working with solar power systems and panels for years and can answer any questions you have about solar installation, repair, or the systems themselves. Call us today!

We also recommend reading our popular articles: Are Solar Panels worth it? and How to clean solar panels?